T. Paul Kane began working at Tina Kane Textile Conservation in 1980. Since 2015, he has served as Principal, working in all phases of textile conservation and restoration, including installations and de-installations, wet cleaning, and on-site repair.

At the studio in New York's Hudson Valley, in Warwick, NY, he employs trained conservators and works with other professionals as needed.

Read more here about the history and qualifications of Tina Kane Textile Conservation or get in touch with questions. 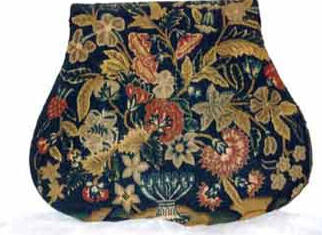 IMAGE: Reproductions by Tina Kane of a Queen Anne upholstery panel, modeled on an original 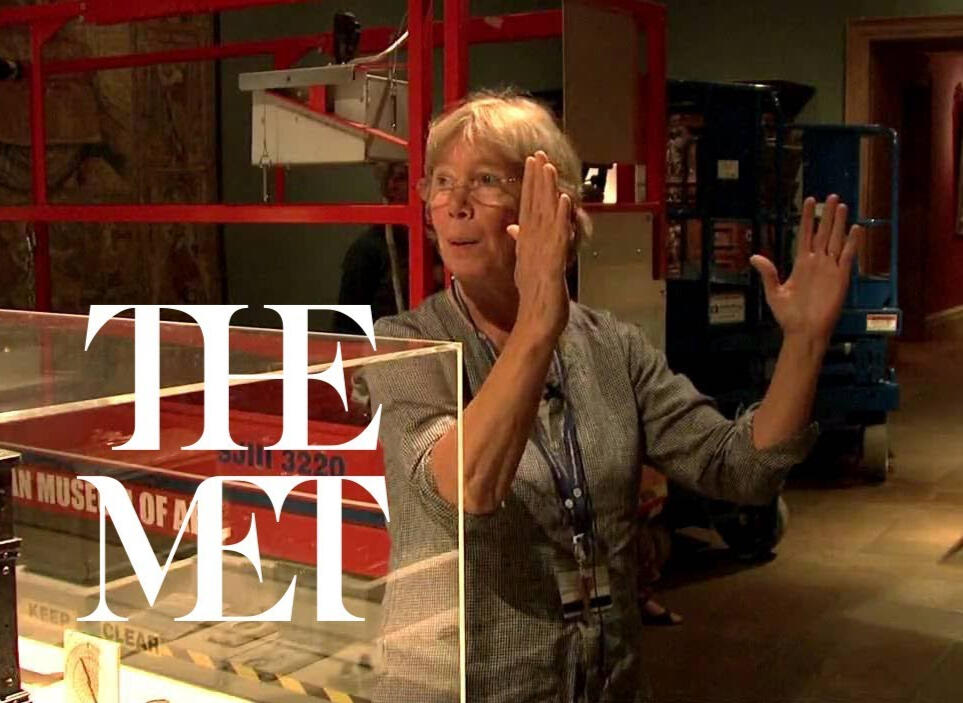 IMAGE: See Tina Kane discuss the restoration of tapestry Christ The Redeemer at the Metropolitan Museum of Art in our Videos

Tina Kane Textile Conservation provides restoration, conservation, installation and deinstallation, mounting, shipping and other services for textiles of all kinds. 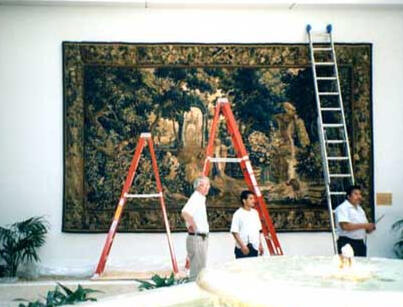 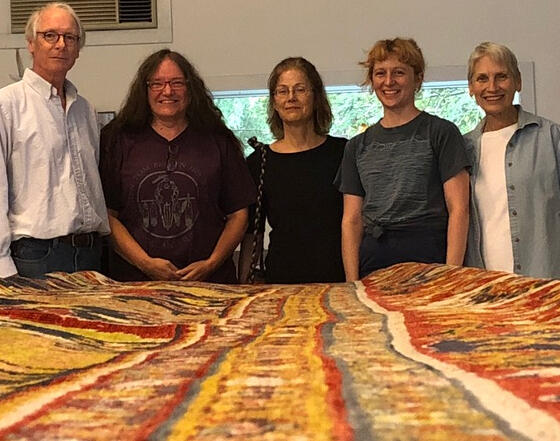 IMAGE: Paul Kane and colleagues in the Warwick, NY studio.

Clientele includes museums, galleries, universities, corporations, other conservation workshops as well as professional dealers, private collectors and non-specialists. The studio offers conservation service to a wide range of clients and welcomes individuals who have purchased or inherited a textile that needs treatment. No job is too small or too large.

View "BEFORE & AFTER" work samples T. Paul Kane began working at Tina Kane Textile Conservation in 1980. Since 2015, he has served as Principal, working in all phases of textile conservation and restoration, including installations and de-installations, wet cleaning, and on-site repair. At the studio in Warwick, NY, he employs trained conservators and works with other professionals as needed.

In 2018, Paul set up the Textile Conservation Centre, Inc. (TCC) in Australia, serving regional Victoria and the Greater Melbourne area. He is President of TCC and conservator-in-charge. TCC works on flat textiles and costumes of all kinds.

In 2017, Paul installed a show of historic camisoles, Undercover, at Fortuna Villa in Bendigo, Australia, drawing on the Clothing Collection of the Bendigo Historical Society.

In addition to his work in textile conservation, Paul also holds a PhD from Yale University and works at Vassar College as a Professor of English and Environmental Studies.

He has published numerous books and articles, and has been awarded many fellowships and prizes, including a Guggenheim Fellowship. See: Wikipedia, Paul Kane.

Tina Kane was Conservator (ret.) in the Department of Textile Conservation at the Metropolitan Museum of Art in New York, where she worked part time from 1978 until 2010. While working for The Cloisters branch of the Museum, she and her colleagues completed the landmark restoration project of the renowned “Burgos” tapestry. In 2009, Tina was a primary organizer of an International Tapestry Symposium at the Museum to commemorate the Burgos project.

In addition to her museum work, Tina was also Principal of Tina Kane Textile Conservation, which she managed starting in 1973 in Warwick, New York. Between 2002 and 2010, she also served as an Adjunct Instructor in the Department of Medieval & Renaissance Studies and the English Department at Vassar College, where she taught a seminar (with Nancy Willard), “Medieval and Renaissance Tapestry and Text.”

Tina is the author of The Troyes Mémoire: The Making of a Medieval Tapestry (Boydell Press, 2010). 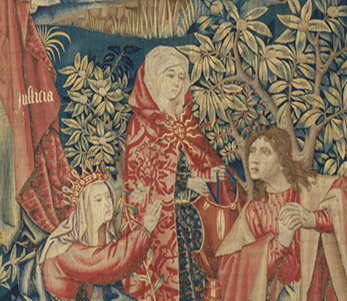 treatment for all flat textiles, including

Treatment proposals, condition reports and a precise schedule of costs are provided to each client upon request.

The Burgos Tapestry: A Study in Conservation
(the met, Jan. 2010)

This video chronicles the amazing conservation and restoration of the sixteenth-century tapestry Christ is Born as Man's Redeemer, also known as the Burgos tapestry. Conservators Tina Kane and Alice Blohm describe the more than thirty years of painstaking restoration that they, along with other members of the Met's Textile Conservation department staff, performed on this work of art, which is more than 25 feet wide and 13 feet high.
.
Learn more about the tapestry, which is now on view at The Cloisters after more than thirty years.
.
Editor - Stephanie Wuertz
Camera - Jessica Glass and Wayne De La Roche
Sound - Kate Farrell and David Raymond
Archivist - Robin Schwalb
Post-Production Supervisor - Paul Caro
Additional Photography - Andrew Winslow
Transcribers - Nadja Hansen and Maxwell Mustardo
Special Thanks - Elizabeth Weinfield
Music - Parthenia

Restoration of Christ is Born as Man's Redeemer
(the met, Jan. 2010)

Alice Blohm, Conservator, New York; and Tina Kane, Conservator, The Metropolitan Museum of Art
.
This two-day symposium gathers leading international scholars to discuss a variety of topics related to the conservation of the tapestry Christ Is Born as Man's Redeemer in the collection of The Cloisters.
.
On the first day of this two-day symposium conservators and curators discuss the history of tapestry conservation at the Museum. The afternoon sessions feature scholars and specialist technicians who address the preservation of major historic tapestry collections in Europe. Topics for discussion include the restoration, conservation, and preparation of tapestries for exhibition. Museum Director Thomas P. Campbell introduces the event.
.
The second day of this two-day symposium includes panel discussions on the techniques used to clean, support, display, and handle historic tapestries. The impact of science and technology on conservation treatments is also considered.

Before & after photos of our work 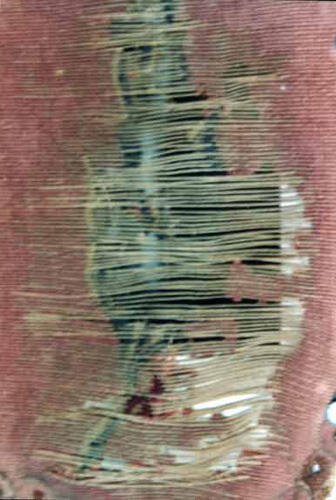 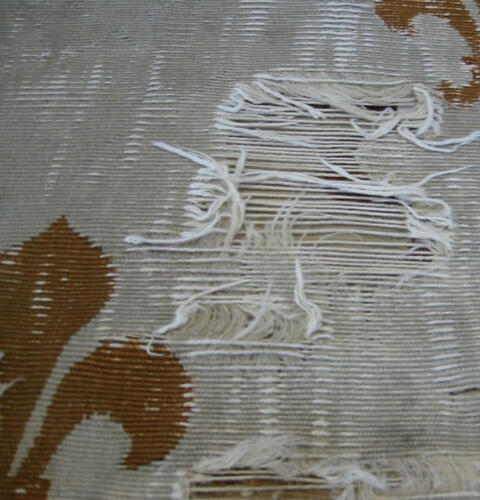 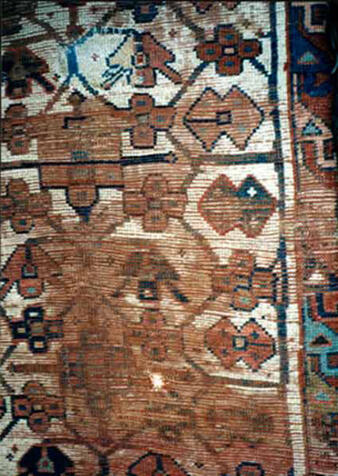 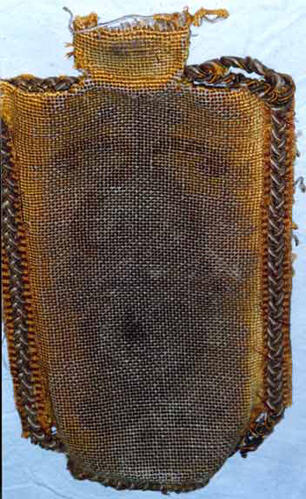 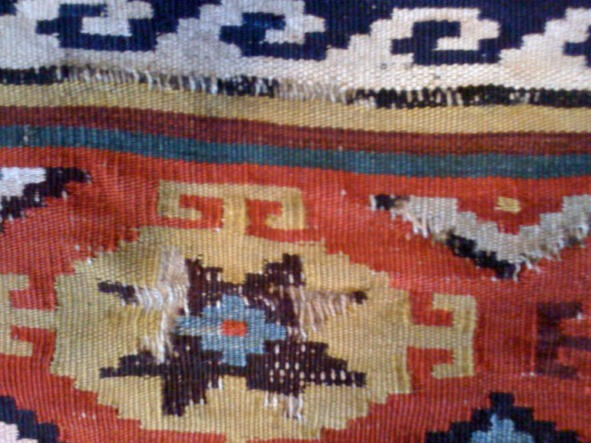 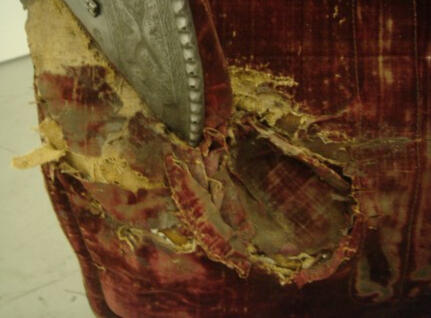 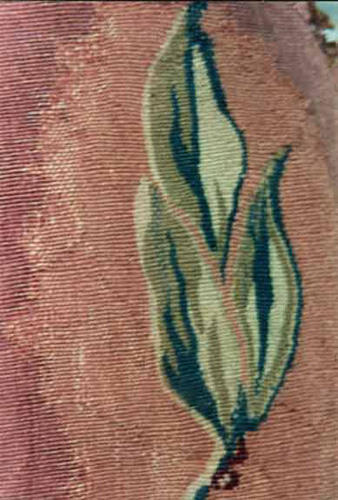 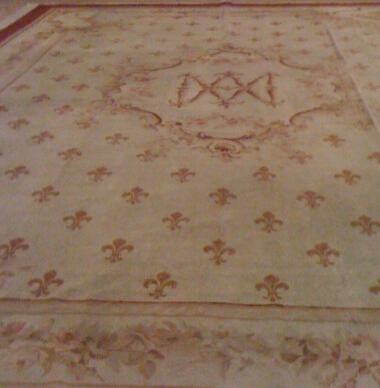 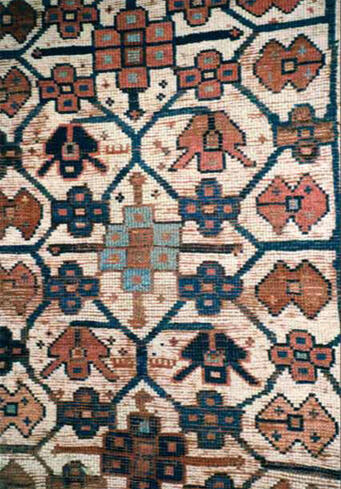 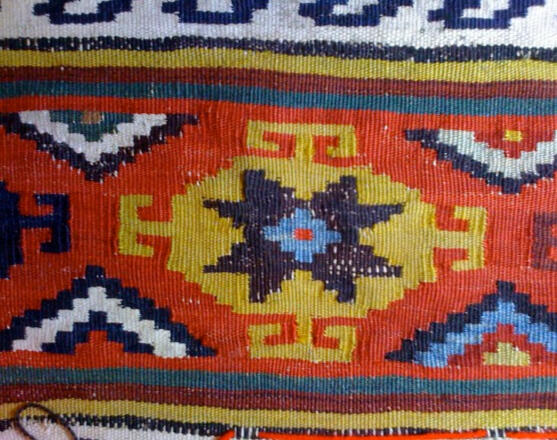 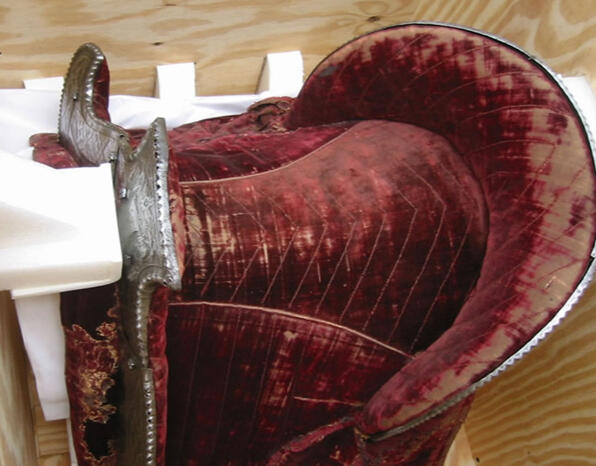 AFTER, crated for shipping